On Tuesday, March 8, over 150 freelance television and film post production workers announced their membership as Post Production Guild-New York and filed for a National Labor Relations Board (NLRB) election to join CWA Local 1101. The workers took this step after the Alliance of Motion Picture and Television Producers (AMPTP), the entertainment industry's official collective bargaining representative, repeatedly refused to voluntarily recognize the post production employees’ union, despite the fact that virtually all of the workers have signed cards in favor of joining CWA.

Post production workers play a vital role in filmmaking, helping turn thousands of hours of raw footage into movies and TV shows, including sound effects, color correction, music, visual effects, and more. They are the latest group of film/TV production workers to organize with Local 1101, following in the footsteps of nearly 600 Parking Production Assistants in New York who secured a precedent-setting contract in 2019. 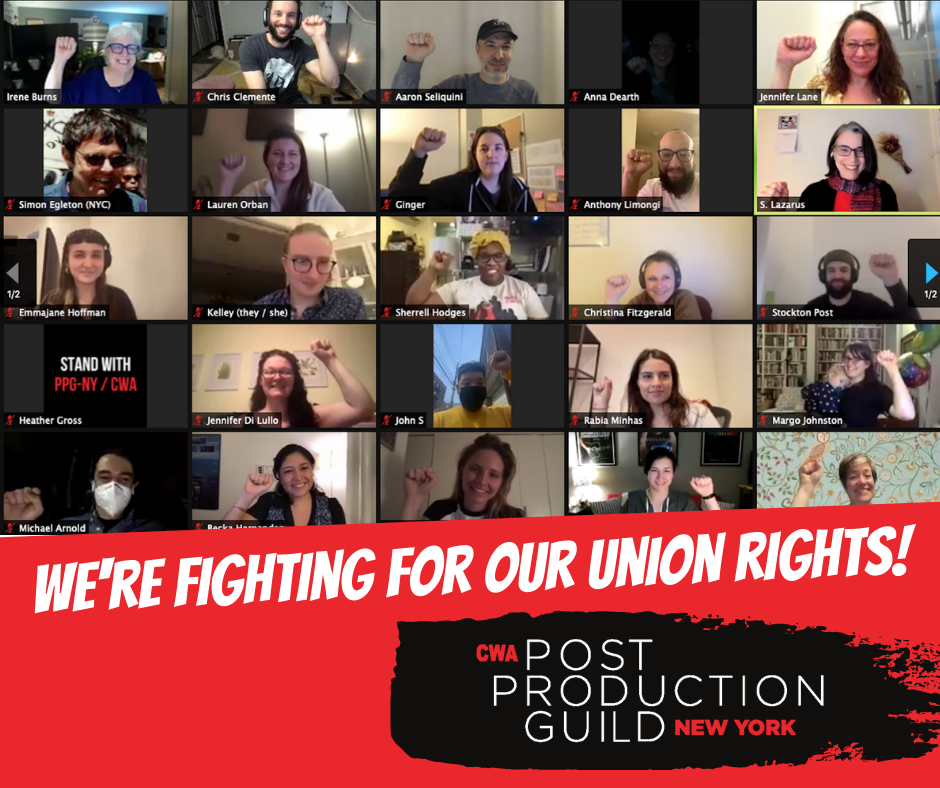 350 Graduate student workers at Fordham University’s Graduate School of Arts and Sciences announced on February 28th that a supermajority of workers have signed cards indicating their desire to join CWA Local 1104.

Their union, Fordham Graduate Student Workers (FGSW), is seeking voluntary recognition from university management in order to begin bargaining a fair contract that will create a formal grievance structure, raise workers’ pay, secure affordable healthcare, ensure paid leave and reasonable accommodations for parents and caretakers, cut burdensome student fees, and establish protections for international students. The union has also filed for an election with the National Labor Relations Board should university management refuse to voluntarily recognize the union.

They are joining the hundreds of other graduate workers in New York State who make up the Graduate Student Employees Union of Local 1104, who work predominantly within the State University of New York system. 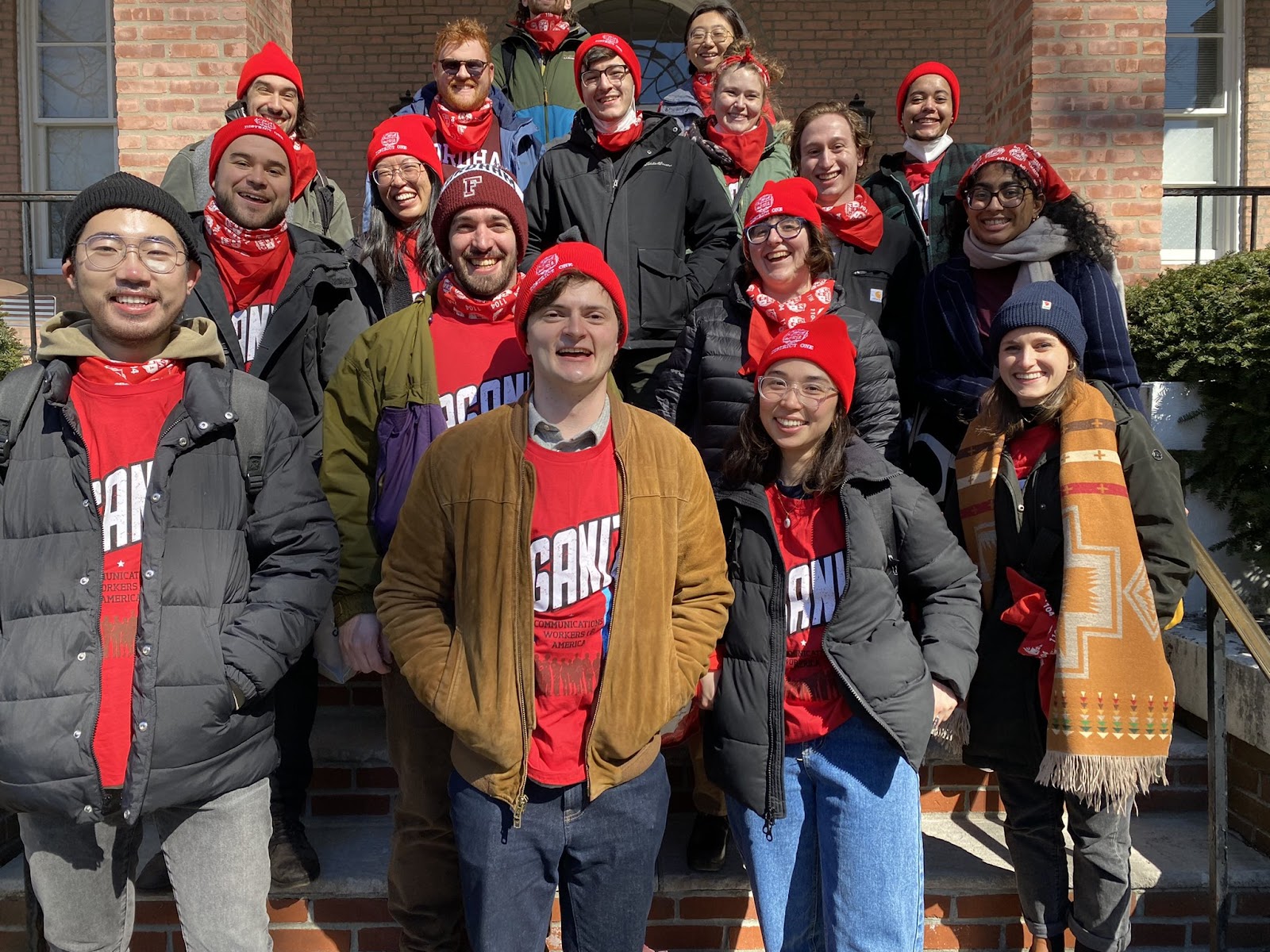 It took almost a year, but 600 tech workers at the New York Times finally won their fight for union representation. They will join 1,300 editorial and business employees at the Times as members of the NewsGuild of New York (TNG-CWA Local 31003).

Times management opposed workers every step of the way, first by refusing their request for voluntary recognition, followed by engaging in illegal tactics to forbid union members from showing support for their union. The workers fought back by mobilizing and engaging in workplace actions, including a half-day walkout in protest of the company’s efforts to hinder a fair election.

The Times Tech Guild will be the largest union of tech workers with bargaining rights in the country. Their win represents a major milestone in CWA’s strategic campaign to support tech and game workers’ organizing through the CODE-CWA project. “It is essential that tech workers have a voice in their workplace,” said the Times Tech Guild organizing committee in a statement following the victory. “We look forward to working with management to win a strong contract that will not just ensure equity and respect for tech workers, but will also set industry standards across the board.” 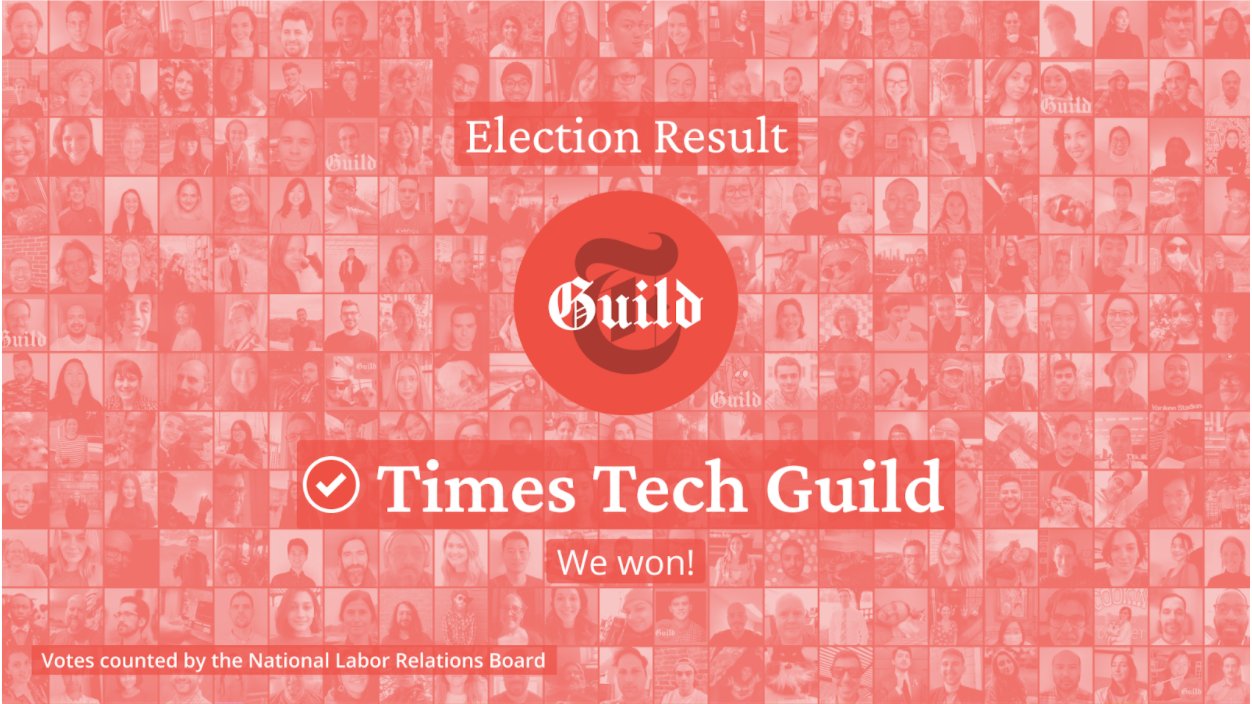