The contract fight at AT&T Mobility is heating up across the country, and CWAers are getting the word out to the public about union-busting “authorized retail” stores that are not staffed by trained, experienced CWA members. CWAers in 36 states, plus the District of Columbia, that are covered by the Orange contract have been handing out flyers and talking with AT&T customers about the contract fight and the differences between authorized retail and union-staffed stores - and why authorized retail stores are bad for workers and for customers. The flyers also direct customers to visit cwa.org/attstore to locate a union-staffed store. 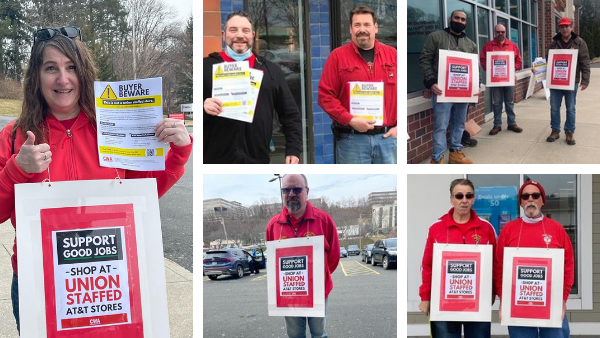 This comes after weeks of amazing mobilization among the members to get everyone ready to join the fight and take on AT&T for a fair contract! Check out this video put together by Local 1101 with AT&T Mobility workers in New York.

Workers at Mobilize - a community-organizing app - include software engineers, sales representatives, and client support managers, and organized to join CWA Local 1101 nearly one year ago as part of CODE-CWA’s effort to organize tech and game industry workers, On March 9th of this year they voted to ratify a their first contract. The agreement includes annual salary increases, just cause and layoff protections, recall rights, limits to contracting out bargaining work, increased paid parental leave, codification of the 40-hour work week, flexible scheduling, and more. Mobilize is a community-organizing app which is owned by political tech company EveryAction.

CWA Local 1168 members gathered last week alongside 1199SEIU members on their joint Bargaining Committee to prep for negotiations with Kaleida Health in Buffalo - set to begin tomorrow, March 16. The joint contract campaign with CWA 1168 and 1199SEIU covers nearly 8,000 union members and is set to expire May 31st.

Workers at New Jersey social service agency The Leaguers are stepping up their fight for a fair contract with huge mobilizing efforts throughout their membership, including petitions to management demanding transparency surrounding COVID-19 funds. 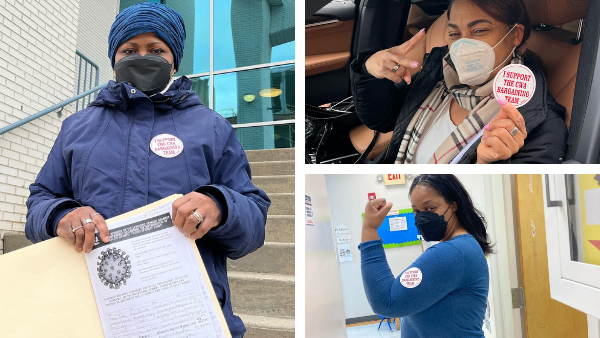 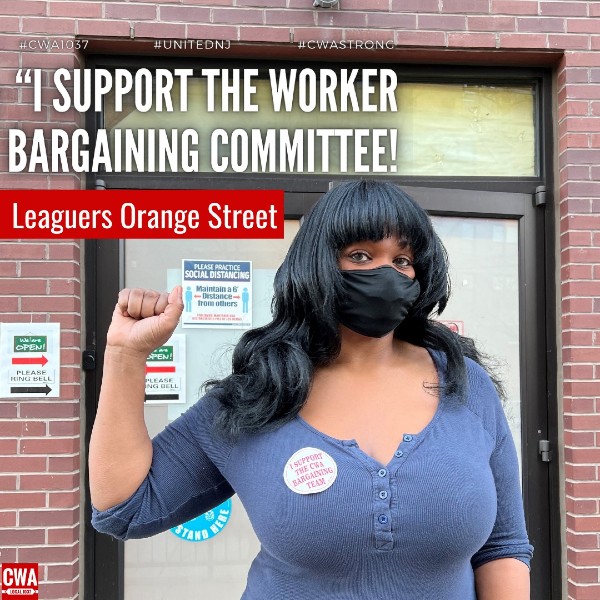